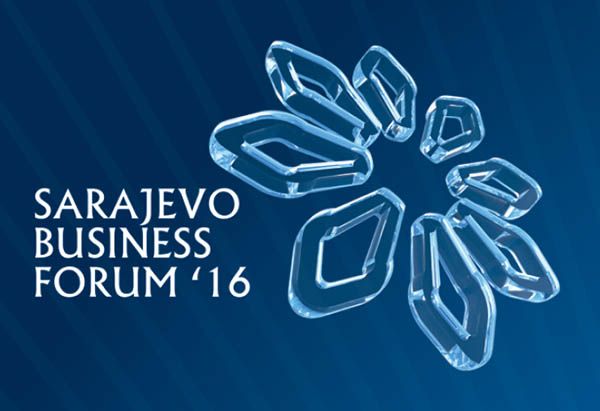 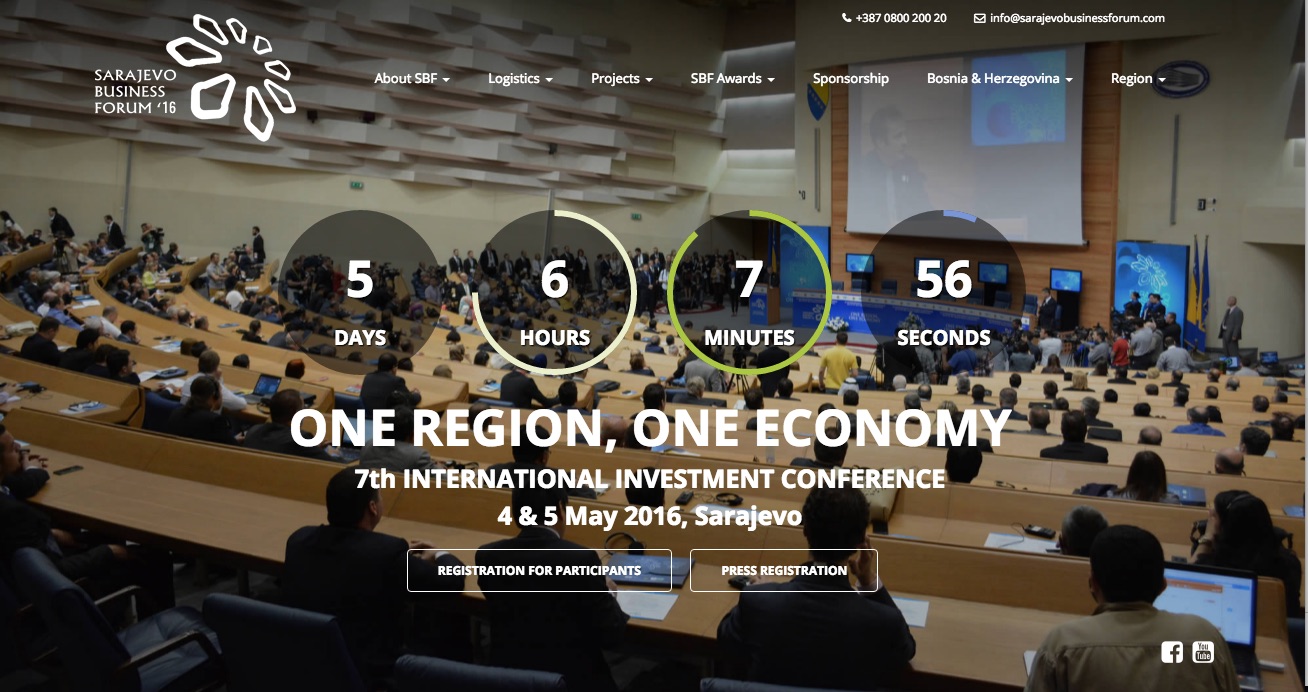 Bosna Bank International (BBI), in cooperation with its shareholders (Islamic Development Bank, Dubai Islamic Bank and Abu Dhabi Islamic Bank) and other international partners, is organizing the Annual Investment Conference – Sarajevo Business Forum. The Conference was initially organized in 2010 and since then, has been held every year. The conference has been positioned as one of the most important business and investment events for Southeastern Europe.

The Conference is gathering businessmen and project owners from Bosnia and Herzegovina, Albania, Croatia, Macedonia, Montenegro, Serbia and Slovenia on one hand and their counterparts from more than 30 countries worldwide on the other. It represents a platform for business networking and exploration of investment opportunities in the Southeast Europe region with sole objective to foster its economic development.

The 7th Sarajevo Business Forum will be held on May 4th-5th, 2016 in Sarajevo, Bosnia and Herzegovina. It will include presentations of business and investment opportunities in Energy, Infrastructure, Agriculture, IT, Tourism and other areas from seven countries of Southeast Europe: Bosnia and Herzegovina, Albania, Croatia, Macedonia, Montenegro, Serbia and Slovenia.